We celebrated the life of Ramarley Graham. “I Am Ramarley Graham” is a chant we used to obstruct the Peace in the streets of the Bronx. Six years later February 2, 2018, I was able to see smiles and gave hugs to Mothers, Fathers, Sisters, and Sons in the Movement. Who believe in “Justice or Else”.

The courageous Constance Malcolm started her journey when three officers entered her humble abode without a warrant on February 2, 2012. I met Constance “Lilmiss” Malcolm as a teacher at Young Scholars Academy 2006-2013. The officer Michael Best had been informed that Ramarley Graham had a gun and believed that Ramarley had been reaching for a gun in his waistband after disregarding police orders and shouting profanity at police at approximately 3:00pm. The officers stated in their official report, Graham started to run from them afoot to his home. However, video evidence showed Graham nonchalantly walking into his home while officers including Richard Haste followed in chasing. The officers went to the door of Graham’s apartment, where they were let in by his grandmother. Allegedly Ramarley and Richard Haste glanced at one another and Ramarley went into the bathroom. Richard said he spotted the “butt of a gun” advised Ramarley to put his hands up. Ramarley was shot in front of his grandmother and brother Chinard age six at the time and died. No gun recovered.

Many are unaware that the Mother of Constance was assaulted by a female officer when she tried to call her daughter about the murder of Ramarley. She was also held and questioned for seven hours and denied her blood pressure medication.

The Department of Justice is reminded that Ramarley Graham was: 1. Unarmed 2. Did not run from the cops (video proof) 3. NYPD did not have a warrant or probable cause to enter his home. During the plight of Ramarley Graham, Constance Malcolm received support from others who experienced the same atrocious series of circumstances. These families were present on February 2, 2018.

Taylonn Murphy father of murdered Tayshana Chicken Murphy in September 11, 2011 outside her home in the Grant Houses. Chased in the building and shot her as she begged to be spared.

Ramarley’s little brother Chinard was 6 years old when he was murdered. He is now a champion for Victory.

Sally Mignotttt, Ramarley’s Aunt. We became very close. Her nickname for me is “Teach”.

Mothers joined by City Official Jumaane Williams who was recently arrested during “Immigration Protest”. He is an outspoken City Councilman in regards to the NYC NYPD approach to Stop & Frisk.

Kadiatou Diallo, Mother of Amadou Diallo who was gunned down by NYPD on February 4, 1999 a total of 19 time striking Diallo in the Bronx. Haw Bah, Mother of Mohamed Bah a 28-year old who migrated from Guinea, worked as a cab driver and had been a student at Borough of Manhattan Community College. Mohamed was gunned down by NYPD on September 25, 2012 after having a mental episode and shot 8 times.

Valerie Bell, Mother of Sean Bell. The Sean Bell shooting incident took place in the New York City borough of Queens, New York, on November 25, 2006. Three men were shot a total of 50 times by a team of both plainclothes and undercover NYPD officers. Sean Bell was killed on the morning before his wedding, and two of his friends, Trent Benefield and Joseph Guzman, were severely wounded.

Danette Chavis, Mother of Gregory Chavis who was shot on the streets. NYPD prevented him from receiving medical treatment for his gun wound despite being a block away from a hospital in October 2004.

As we continue to carry the torch of justice we expressed our love for Constance and remembered the life of Ramarley. We are not finished! 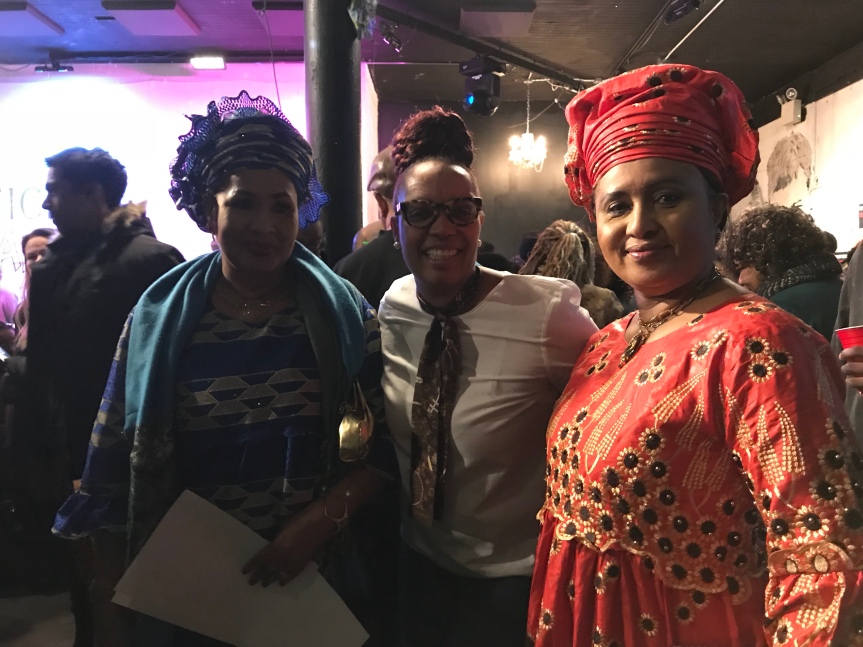 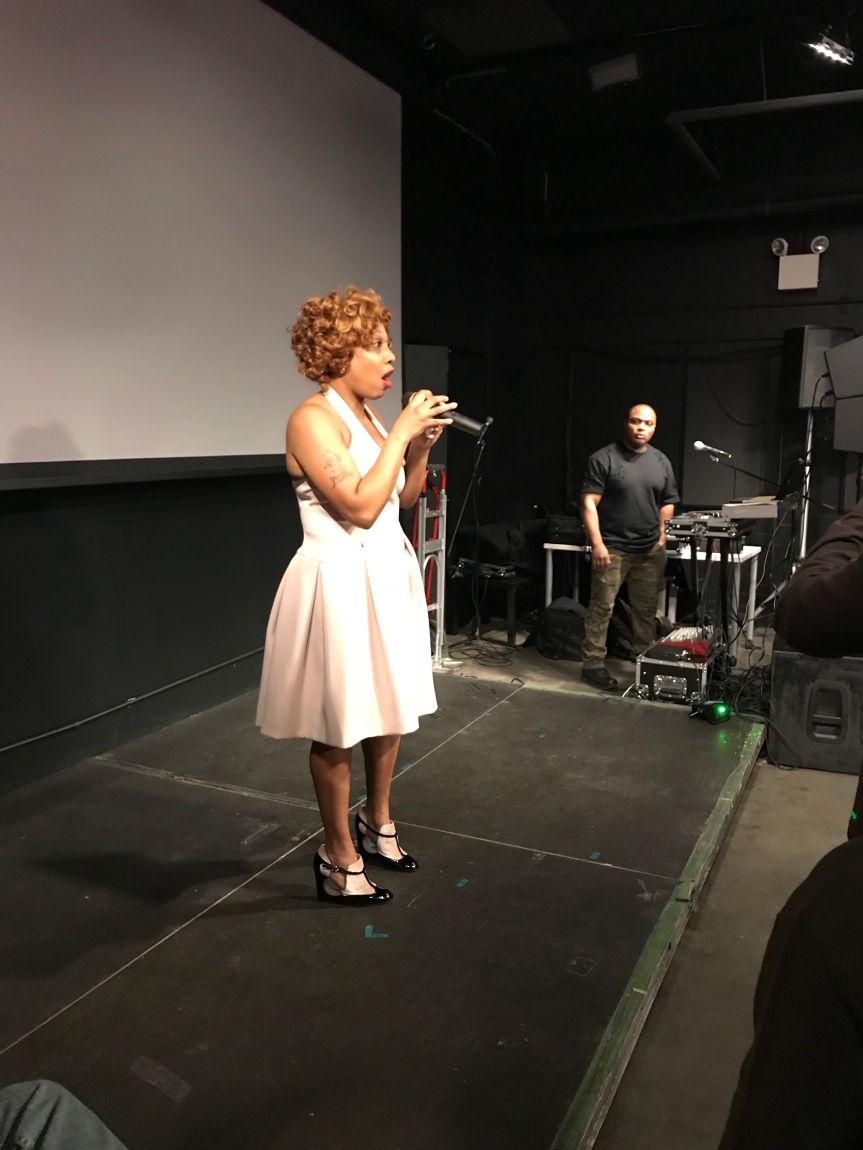 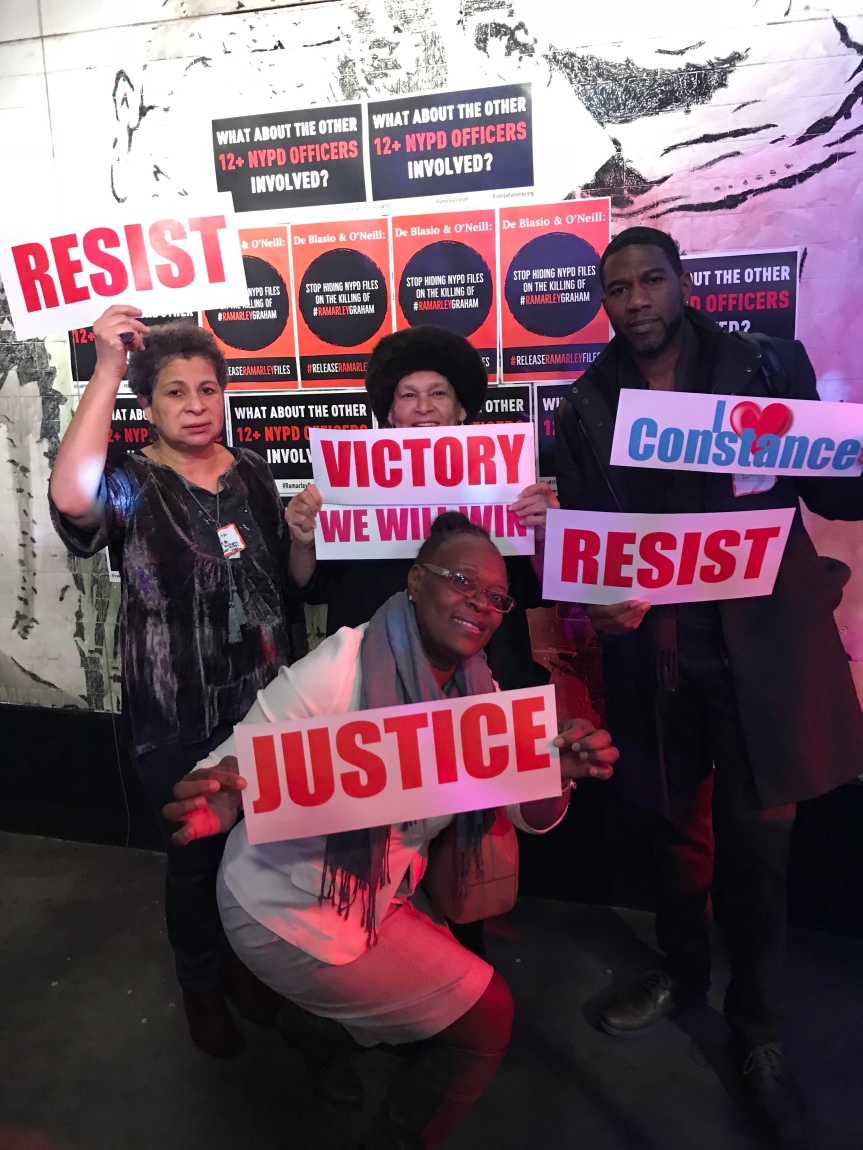 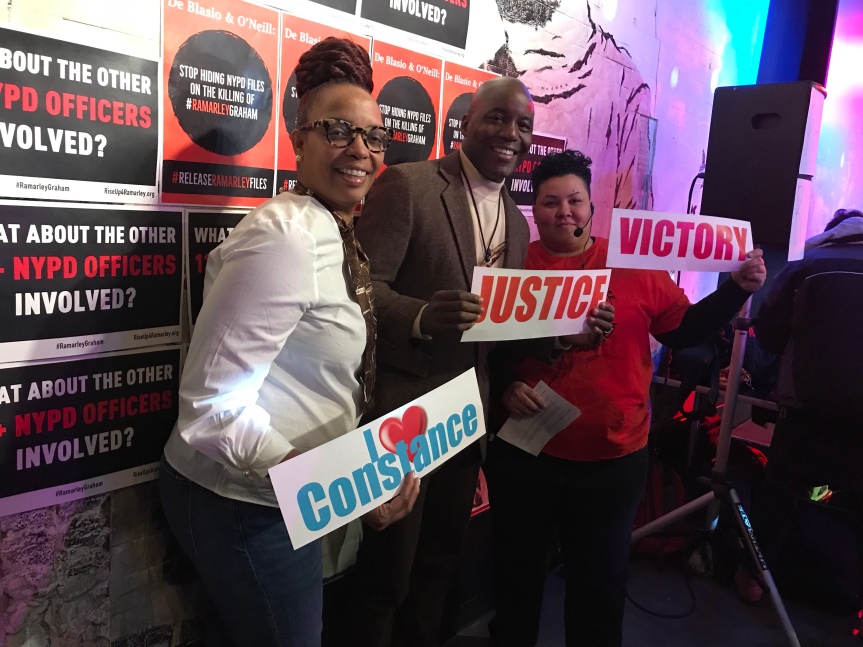 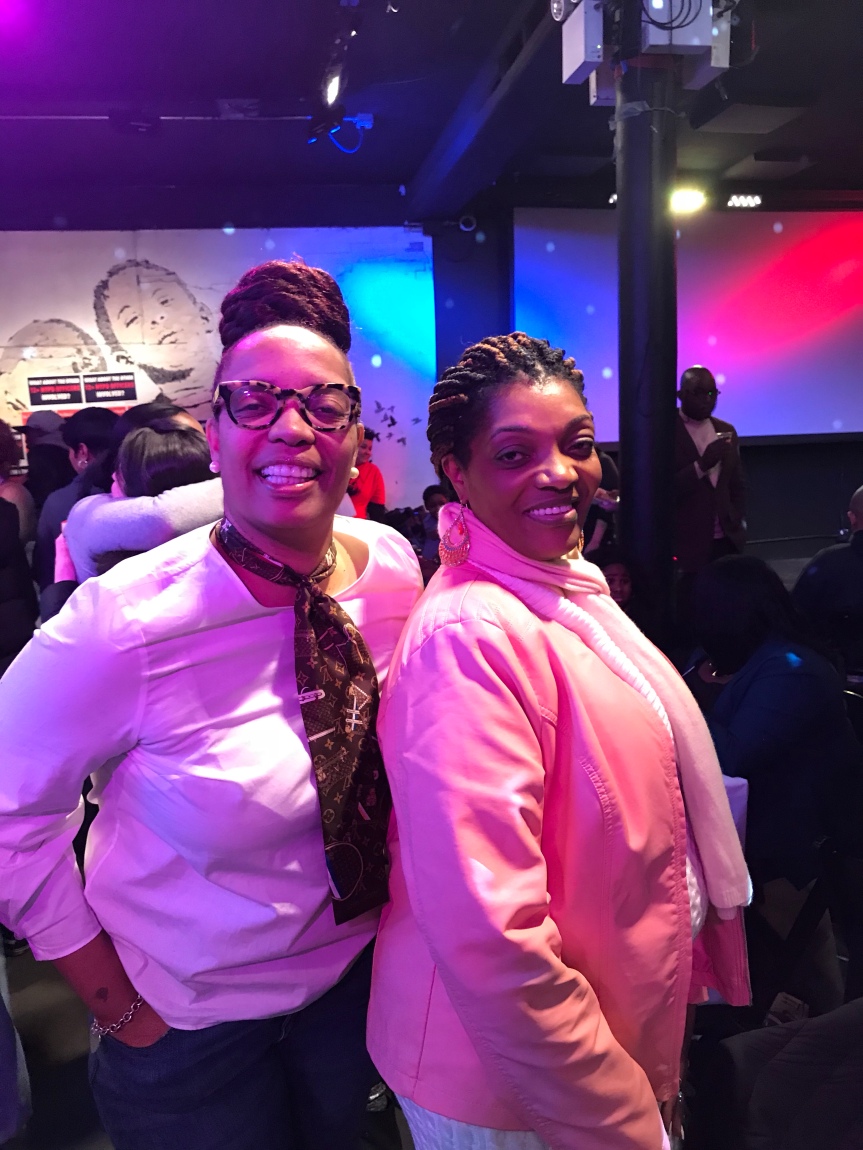 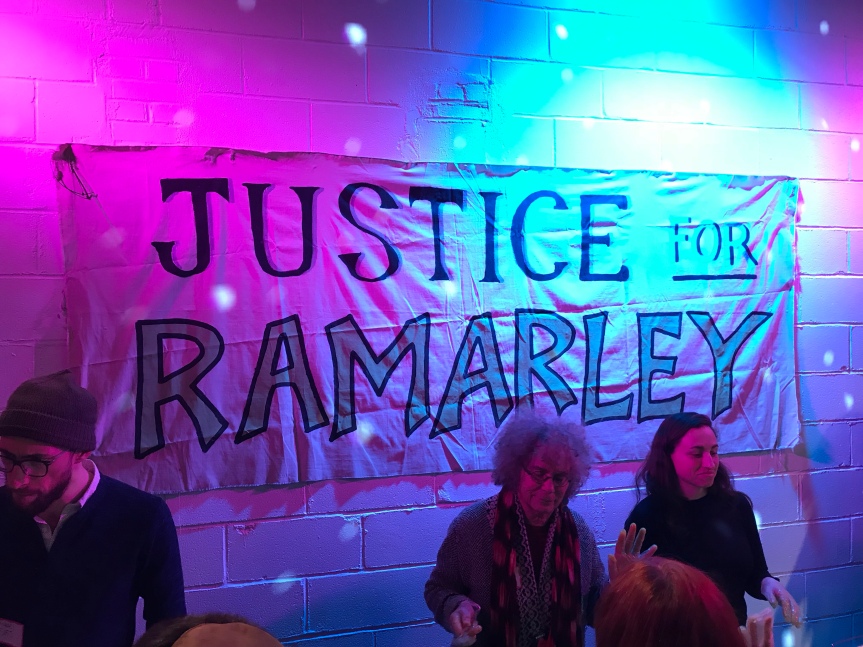 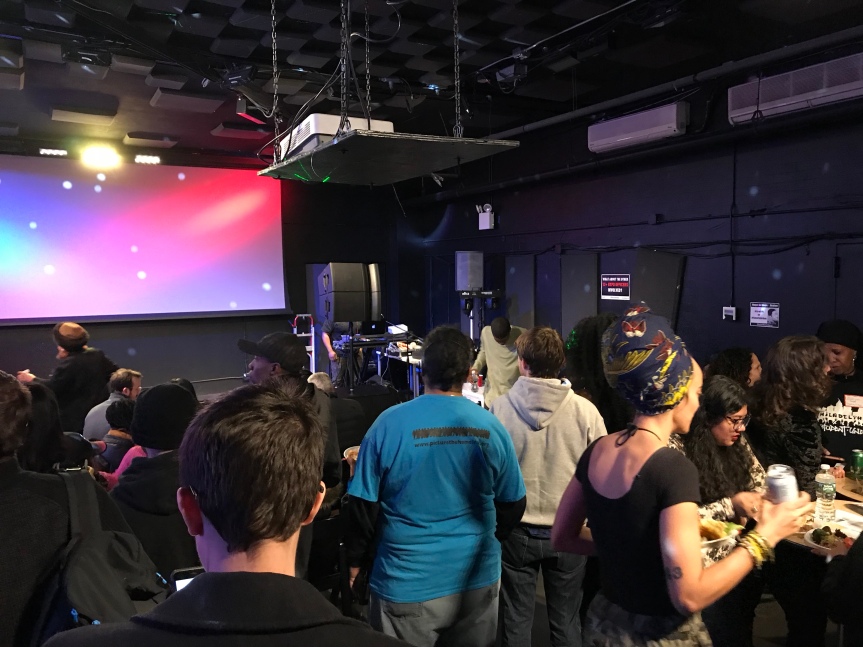 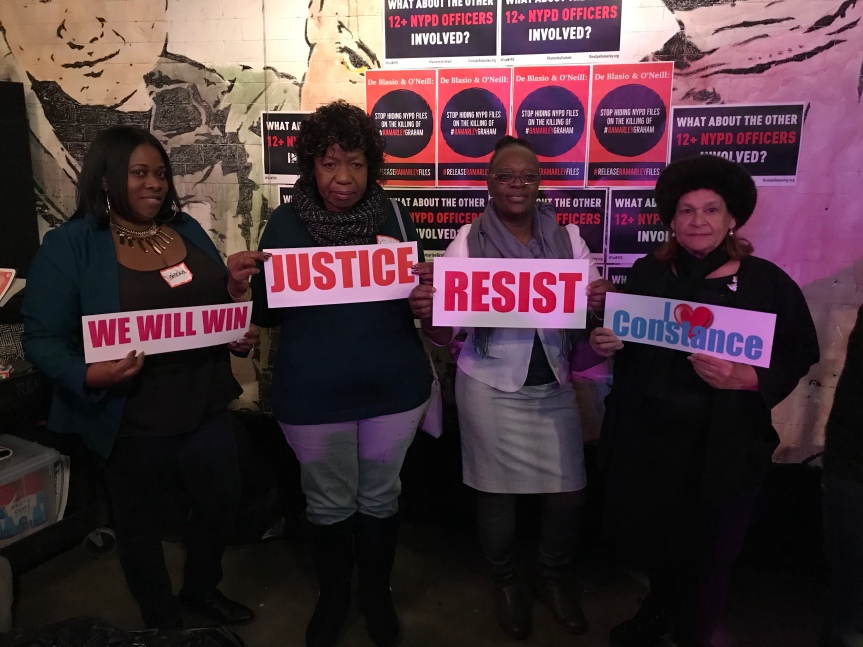 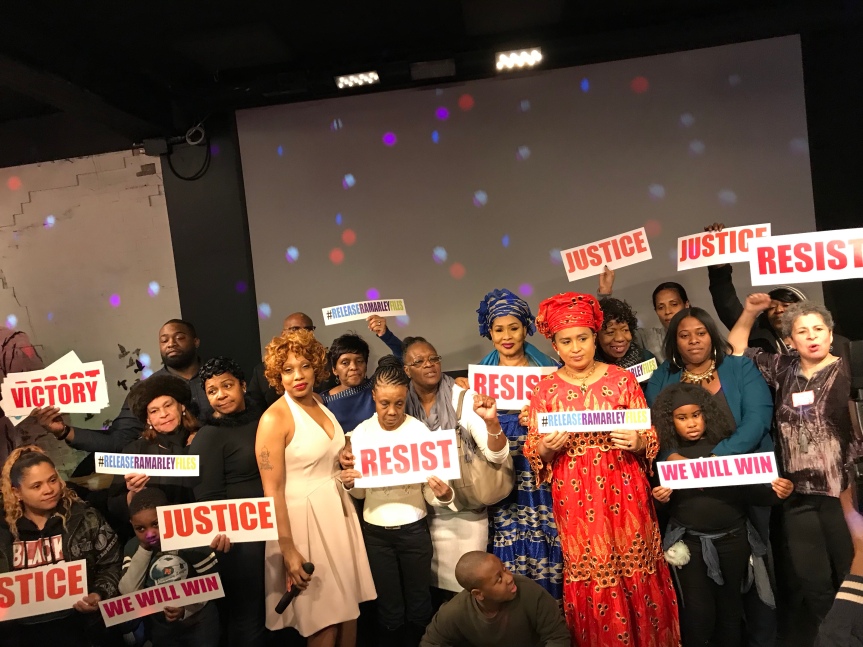 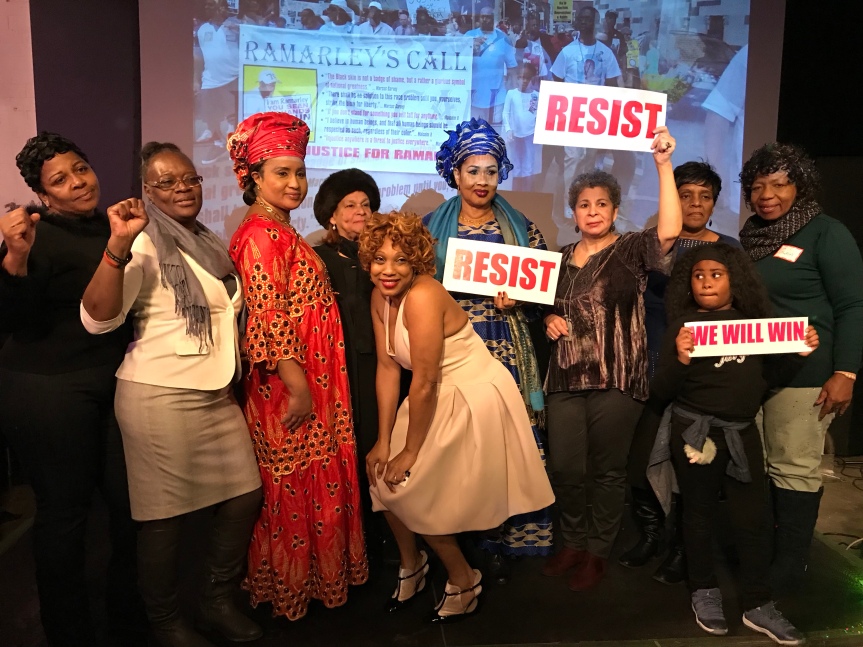 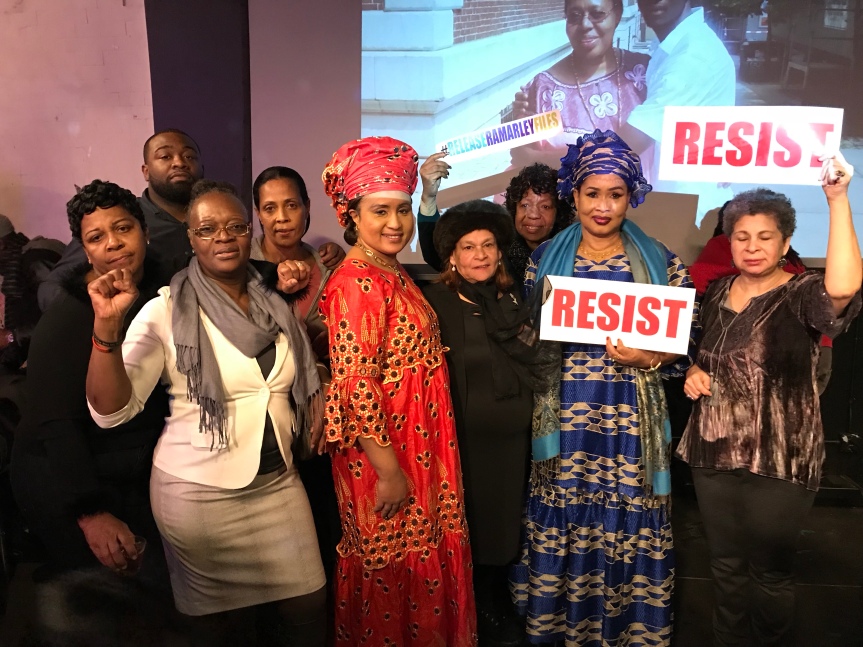 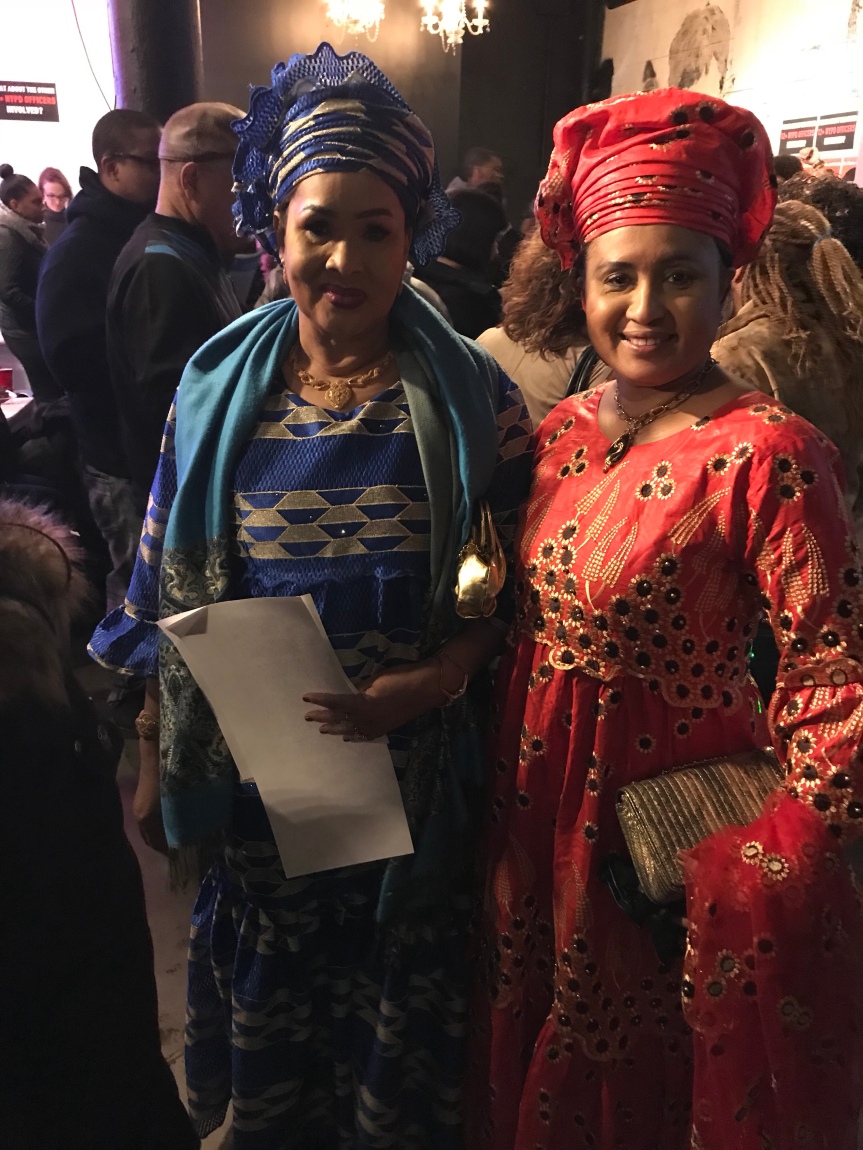 2 thoughts on “I Am Ramarley Graham”