A Thank You Note from Cynthia….

I stepped out of my comfort zone and hosted a “Speak and Be Heard #SayHerName” town hall meeting. This town hall focused on the death of Raynette Turner while in Police custody. I attended many town halls, protest, and candle light vigils that were alarmingly poor in attendance and alarmingly grand in attendance. I’ve stood with five and marched with a million. And because of the five verse a million I was a walking nervous wreck.

“Speak & Be Heard” was planned in seven days. You see, Raynette was one of the five Black woman who died in Police custody within a two week period. Sandra Bland July 10th, Kindra Chapman July 14th, Joyce Curnell July 22, Ralkina Jones July 26th, and Raynette Turner July 27th. The evening of Raynette Turner’s wake was the birth of the idea to say something. The rationale was because the street in front of the church was alarmingly poor in attendance. We stood in Union Square for Sandra Bland and the attendance was filled with individuals who are tormented and haunted by the plethora of cases with the same outcomes. This is when we realized that social media built Sandra Bland’s awareness to the masses. We all agreed that Raynette Turner must also be heard. In addition, we also knew that Raynette Turner will be the first to benefit from the Gov. Andrew M. Cuomo signing an executive order designating the state attorney general, Eric T. Schneiderman, as a special prosecutor for certain police-related civilian deaths. The order came amid vociferous calls for police reform from several families of New Yorkers who died at the hands of police officers.

Now, leading up to August 18th I met and consulted with close friends who I stand with as a fighter for freedom and justice. These friends were in the forefront in getting a special prosecutor for certain police-related civilian deaths. I was advised by all of them and followed their wisdom.

What helped me was knowing that the friends I stand with believe what Haile Selassie said about silence. He said that “Throughout history, it has been the inaction of those who could have acted; the indifference of those who should have known better; the SILENCE of the voice of justice when it mattered most; that has made it possible for evil to triumph.”

“Speak and Be Heard #SayHerName” town hall meeting was a filled with pain and strength. I thank and appreciate everyone who were present, supportive, spoke, listened, walked in the candle light vigil, loved being there and said Raynette Turner’s name.

I Love ❤️ You… Cynthia
P.S. Continue to stand tall! 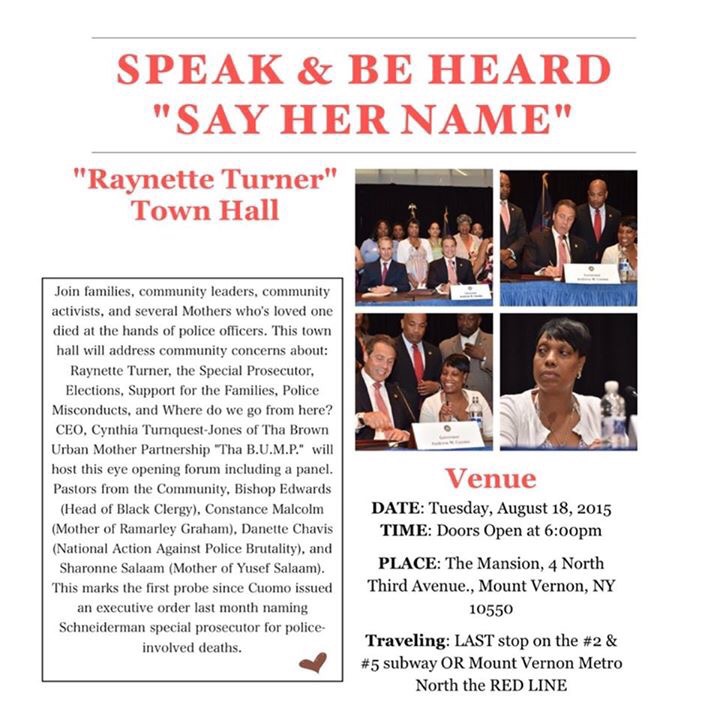 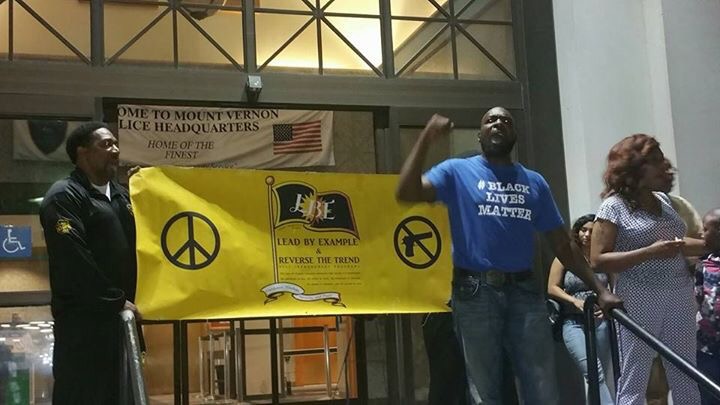 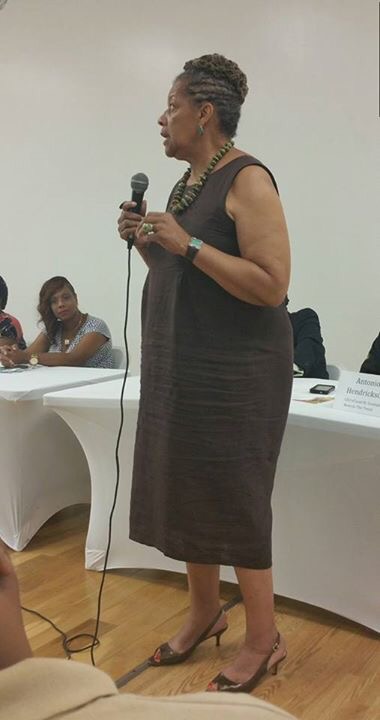 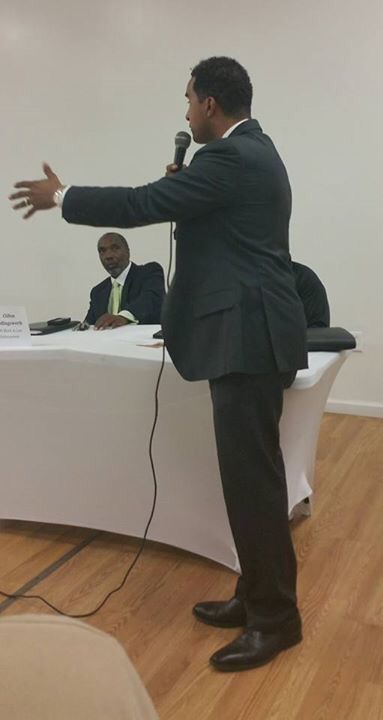 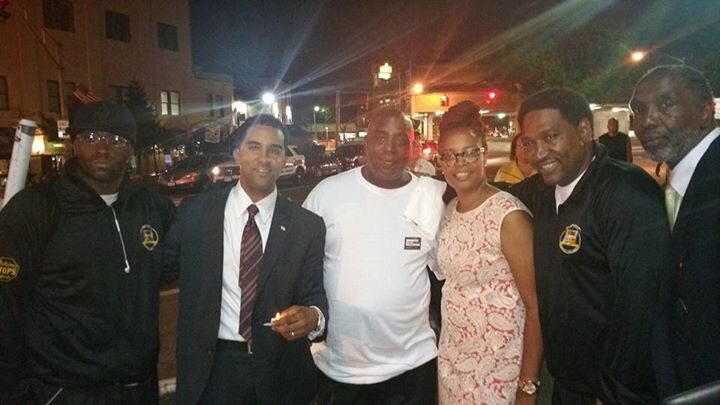 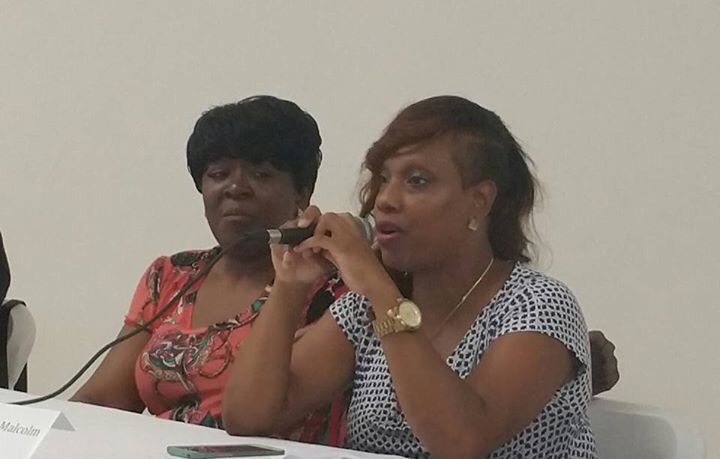 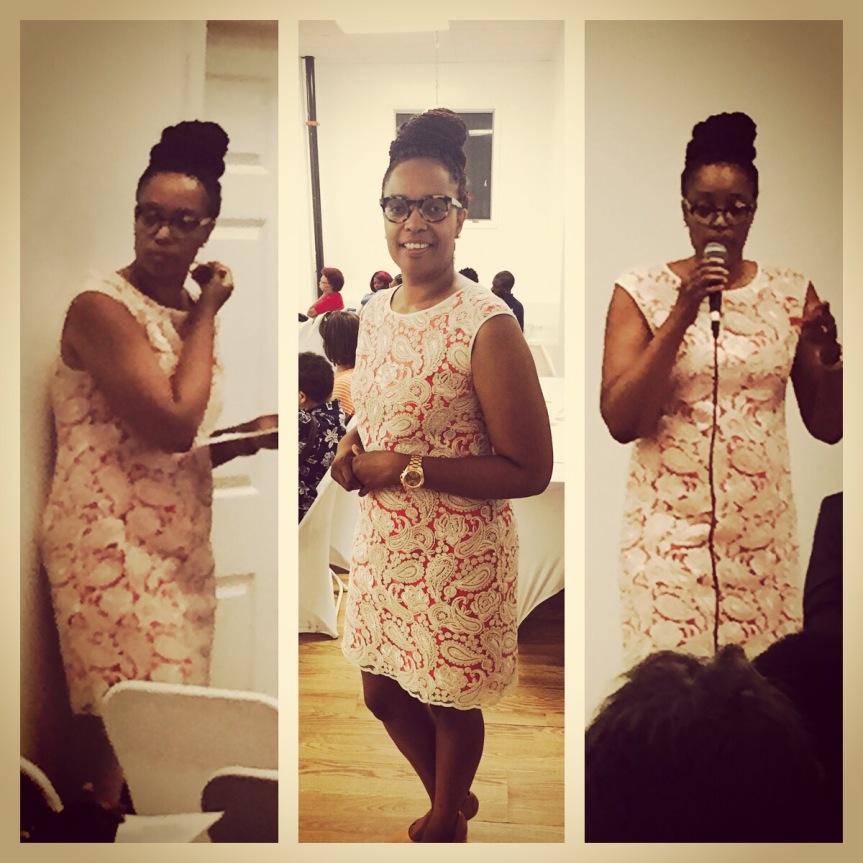