To protect and serve has been questioned in many Black and Brown Communities. The misconception and mistrust plagues streets of the United States everyday with a battle of Blue verses Black. Police and community relationships are currently in the intensive care unit and is in need of a resuscitation.

Detective Montika Jones of the Mount Vernon Police Department understands the importance of a healthy relationship with officers and citizens. “There needs to be a bridge where we can meet in the middle,”

stated Detective Jones with a smile. She believes that the community in Mt. Vernon will benefit from participating in National Coffee with a Cop day. The twist to this bridge was including cupcakes into the equation.

Cupcake Cutie Boutique hosted the event on a perfect day. Citizens of Mt. Vernon engaged in conversations and concerns with members from the Mt. Vernon Police Department. Dr. Cornell West spoke of serving the people with love. Without conversations with both citizens and officers the relationship will continue to be loveless.

I eavesdropped on small organic conversations while eating a delicious cupcake. Lieutenant Mike Marcucilli said, “Officers are people. I can not say it in any other way.” Dwayne Morris resident of Mt. Vernon spoke about a park located on Franklin and Madison Avenues. “I am concerned about the traffic,” said Mr. Morris. The cars are speeding and there is a need for a stop sign.

Westchester County Executive elect George Latimer stopped in to give words of motivation. “When I was a kid the police officer was a friend. Officers knew family members and had heart to heart conversations when sons were in trouble.” He continued by adding that it was extremely important that “Raise the Age” passed. Raise the Age was a public awareness campaign that pushed for raising the age of criminal responsibility in New York State. Me. Latimer expressed that, “This gives children a second chance.” Raise the Age was signed into law by Governor Cuomo on the tenth of April. It is slated to go into effect by October 2019. New York State should no longer automatically procedure all 16 and 17 year old as adults.

Officers from 12 months on the force to 22 years on the force were present to chat and chew as they listened to concerns and praises.

Officer Henry is in a unique position. She is known as a School Resource Officer “SRO”. She joined forces with the school. “I think it is a good thing. It helps bridge the gap between the officers and the community. Helps with preventing the number of arrest as well.” Officer Henry also have experience with mental health for eight years. She agrees that it lends to her everyday interactions with our youth. “In the beginning there were a lot of why questions when I started at the school. I have now become a mentor.” She explains that students are more open to have organic conversations with her and participate in mediation when there is a conflict. October was anti-bullying month and Officer Henry expressed that Bullying a web because of the twist and understanding of what bullying really is. There are children who are unaware when they are bullying or being bullied. Sometimes bullying is not bullying and the students have the wrong interpretation.” Overall she stipulated that she enjoys her post as an SRO.

As conversations continued while hot cocoa and cupcakes were enjoyed the bridge towards building Mt. Vernon was noted. 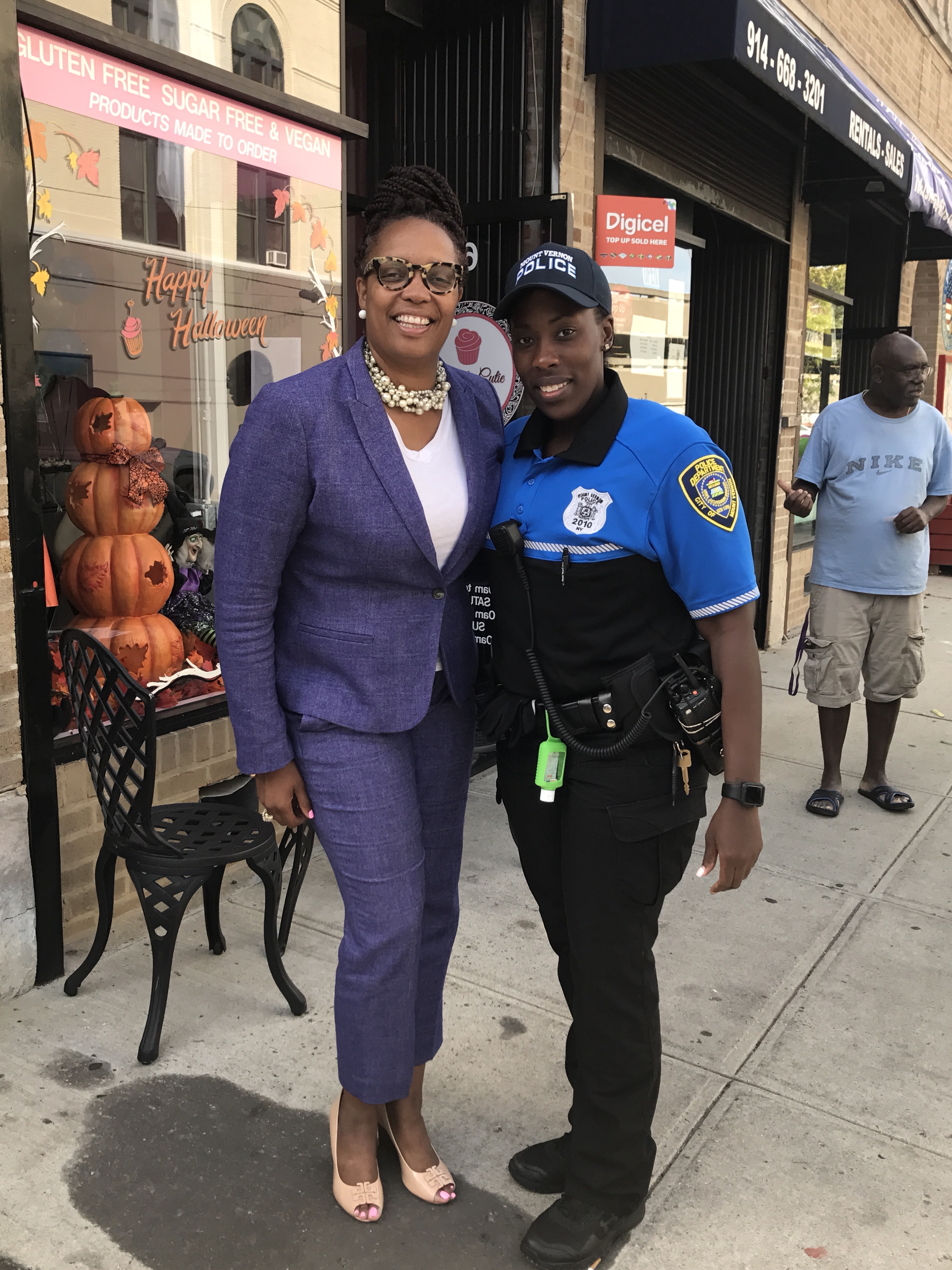