In White Friends, Families, Classmate, and Loved ones walked in to bid Geovanni Martin salute. Geovanni loved dressing up in the color white. White is associated with light, goodness and innocence. It is considered to be the color of perfection. White means safety, purity, and cleanliness. A white suit with a smooth bow tie.

Standing for others and full of smiles. Geovanni O’deik Martin sunset was on an early Wednesday morning as the sun rose in the Wakefield area of the Bronx. He stood up for his classmate Ramarley Graham who was assassinated by NYPD in the Bronx borough of New York City on February 2, 2012 by officer Richard Haste. They both attended Young Scholars Academy under Founder Vaughn Thompson. Me. Thompson infused into the curricula “Seven Habits of a Highly Effective Teen” by Sean Covey as well as “What to do when Approached by the Police?” During Geovannis’ attendance at Young Scholars Academy the male students often complained about the Police Officers consistent harassment and being approached while walking too and from school. The reaction was to educate the students what to do when approached by the police.

The parents of Ramarley Graham- Frank Graham and Constance Malcolm, community activist Frank Sha Francois, families members, and former teachers Roderick Taylor, Aaron Jackson, Edith Williams, and Cynthia Turnquest-Jones of Geovanni took a stroll on Thursday evening to the building of where Geovanni allegedly climbed out the window and slipped from the 6th story.

Welcomed by Freddie the superintendent. Freddie opened the gate for a closer look to analyze and try to understand what happened to Geovanni. In silence they listened to Freddie, “The FBI bangs on the door at a time when everyone was sleeping. I was still half sleep. Hell I was still a little hung over. Then, I heard the banging again and got up when I heard helicopters. I opened the door. They said they needed to come in and I let them in. I went back bed and as I drifted off to sleep”… (a pause). The crowd came in a little closer because Freddie carries a mix accent of English and Spanish. “Then I hear a noise. It sounded like someone threw a garbage bag out of the window. I ran to the window and looked out. This is when I see him with my two eyes. He was still alive. The FBI man said I got him here.” Freddie continued, “He was face forward and rolled himself to the side. He was able to speak. He gave his name, address, and family member name to be contacted. He asked to turn over because he wanted to spit.”

His name was not on the indictment which alleges “the defendants knowingly committed the narcotics trafficking offense within 1,000 feet of: (1) playgrounds… (2) public and private elementary, vocational and secondary schools.” The FBI already apprehended Geovannis’ friend who surrendered himself with no resistance. They had an arrest warrant for Geovannis’ friend, but they wanted to know who Geovanni was because he was out on the fire escape at the time of the arrest. The FBI tried to enter the apartment and was told “no warrant, no entry”. What happened from that point until the fall from apartment 1e is all a question. What happened to Geovanni? It was reported that Geovanni was hanging from the ledge. Geovanni fell at 5:45am breaking both of his arms and one leg. He did not arrive to the hospital until 7:00am. He was visiting from Atlanta because he had a settlement that he was taking care of.

As the sky open on Friday evening walks of white enter the funeral home. 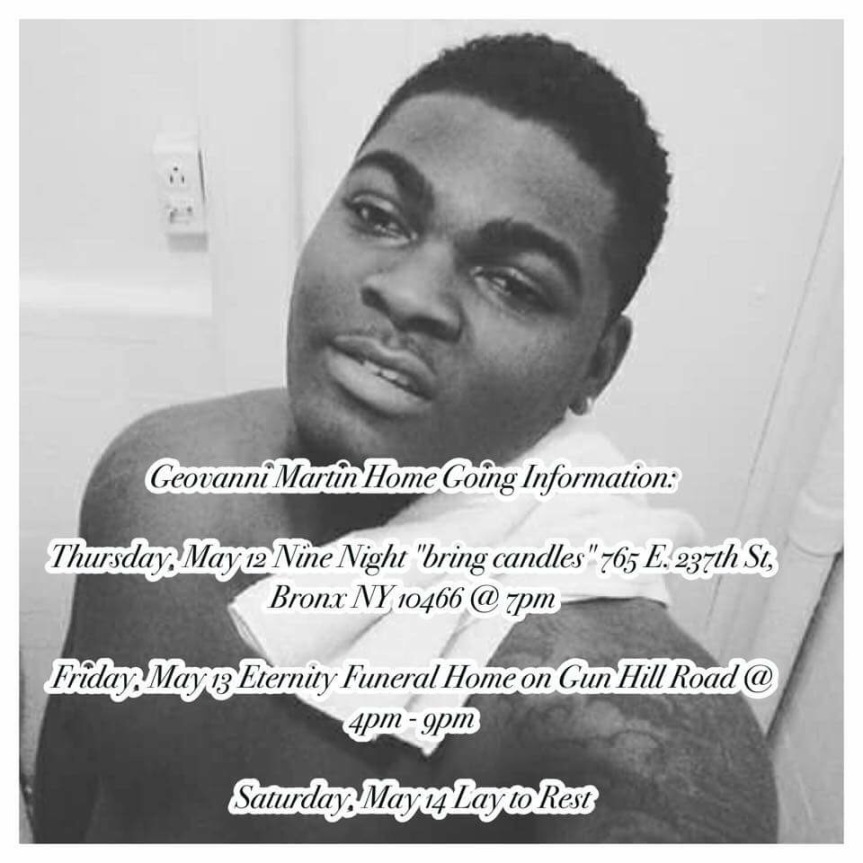 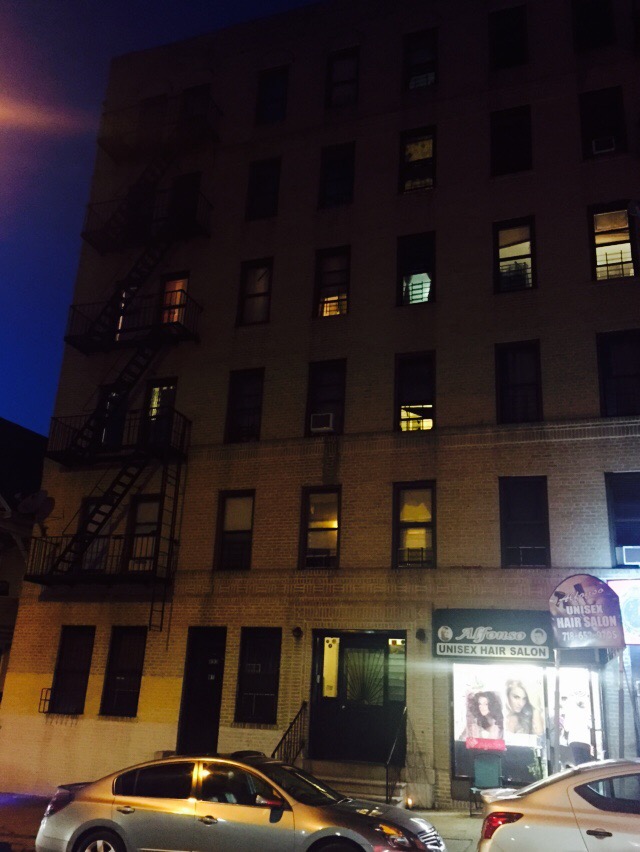 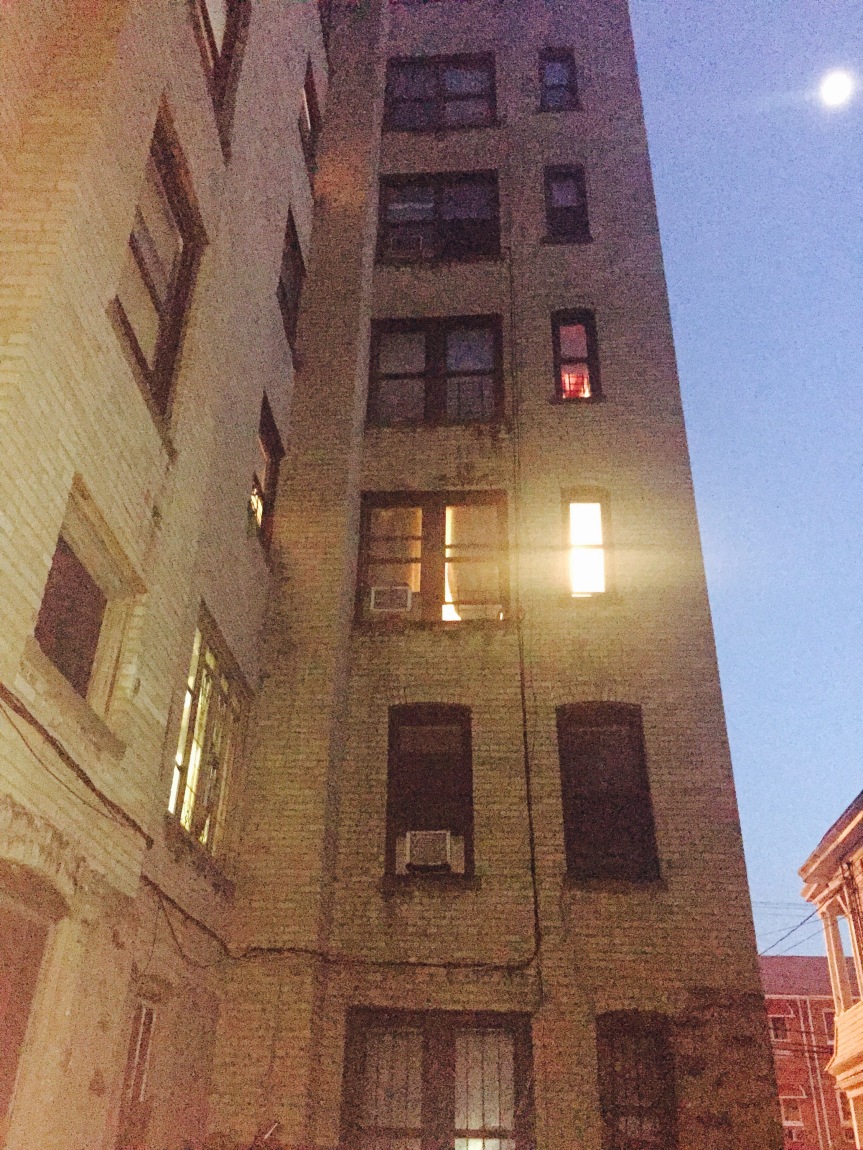 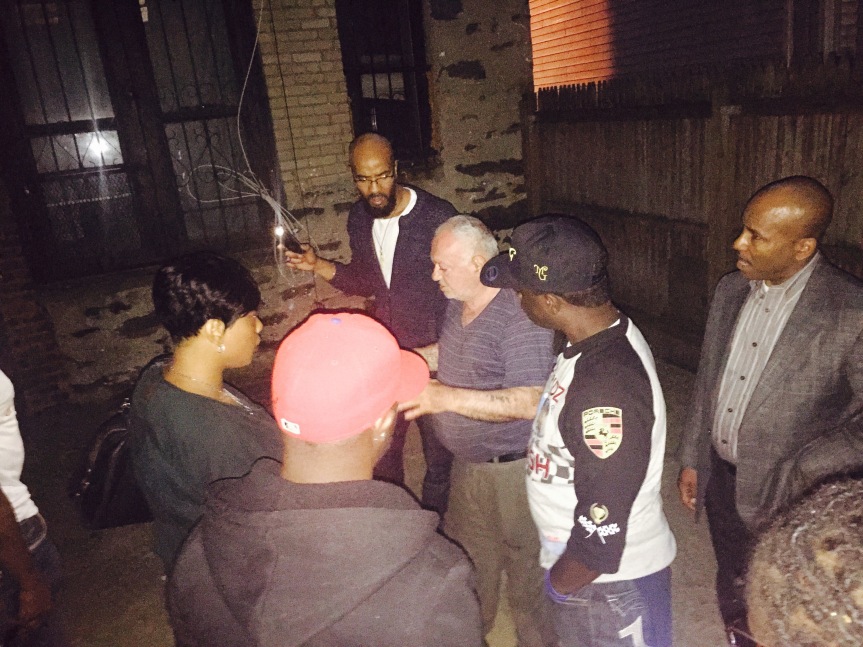 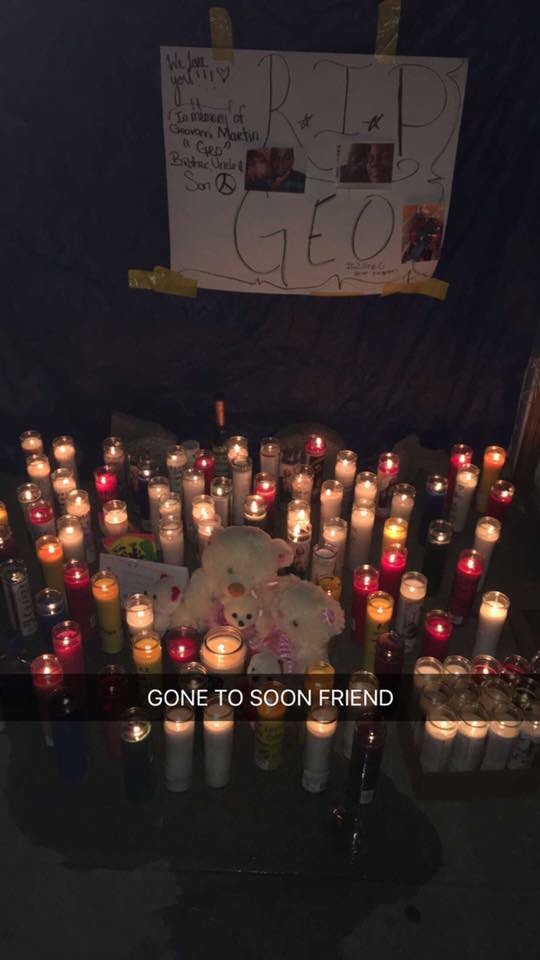 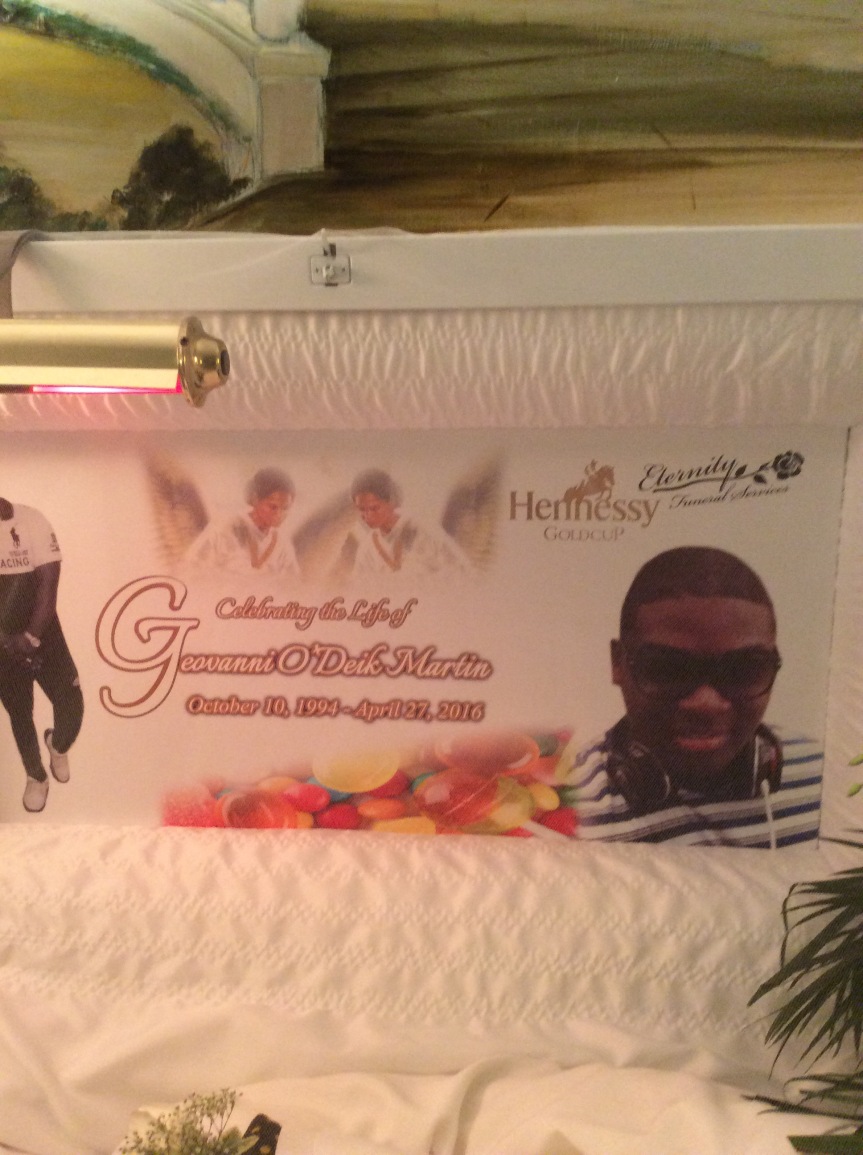 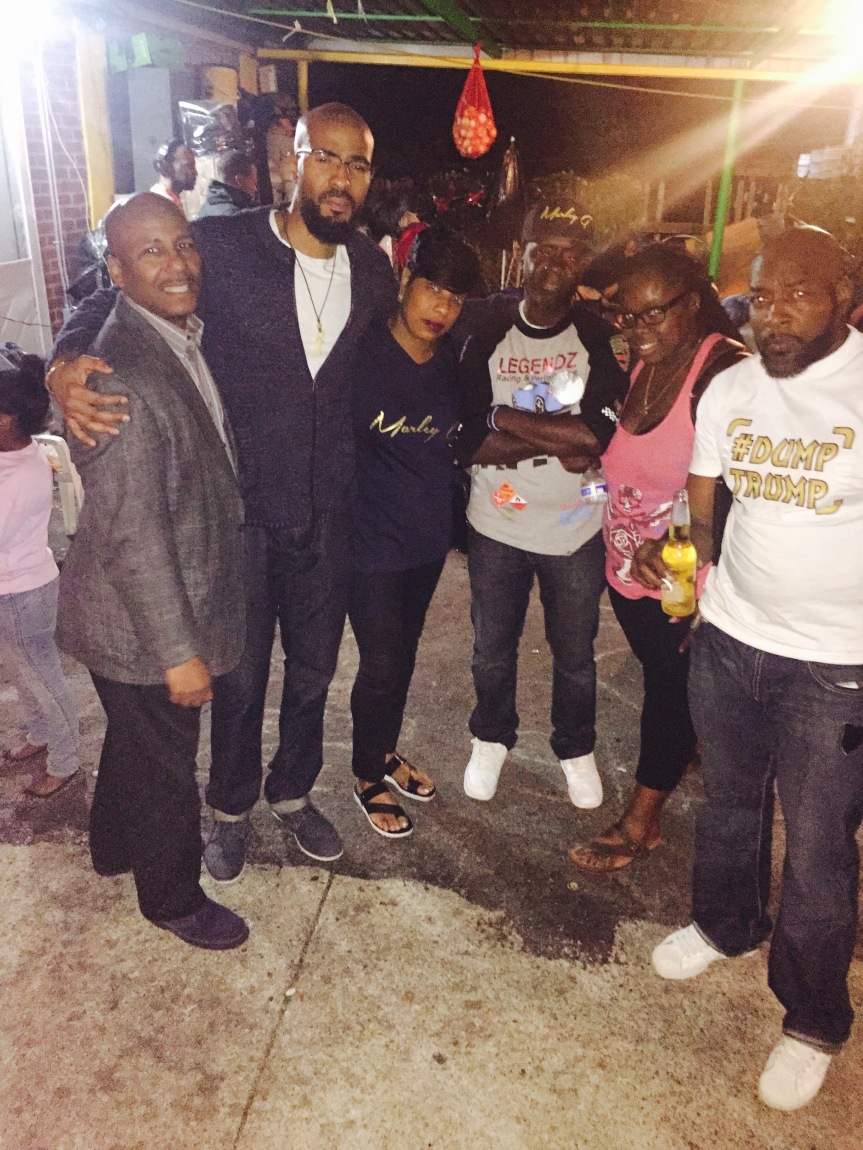 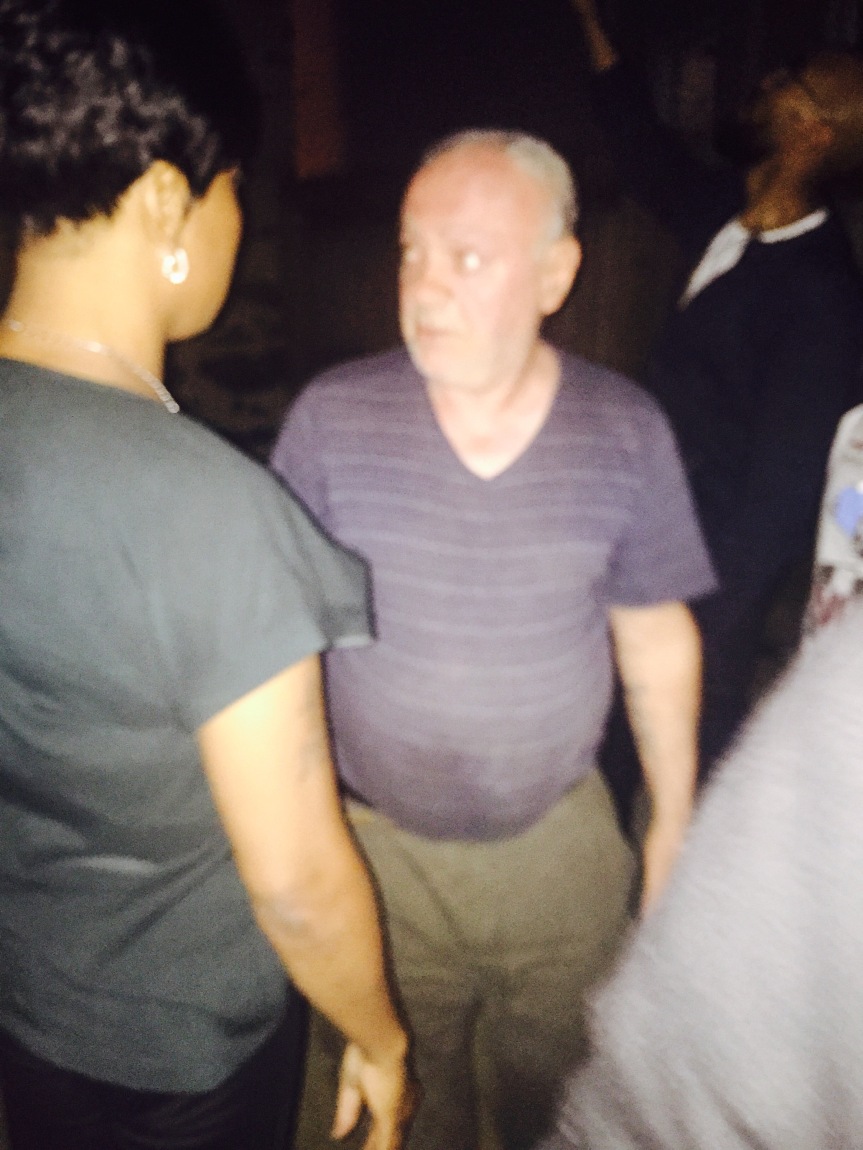 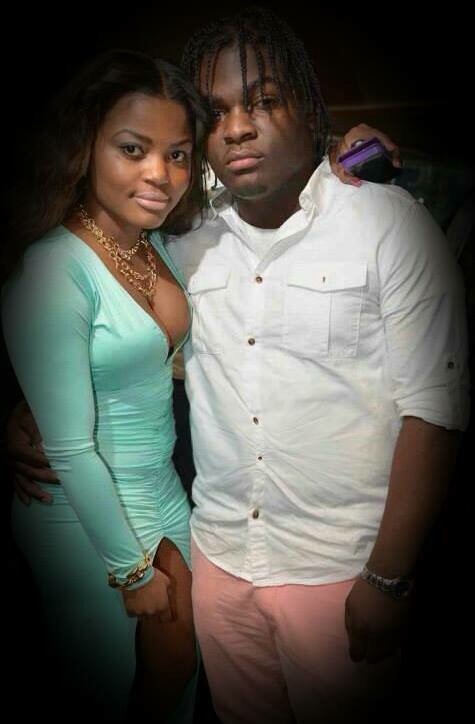